Today we are going to look at one of our original games designed by Jessy Phillips.

Living in Harmony: By Jessy Phillips

In the beginning of this year, I spent 7 weeks camping on Nelson Island in the South Shetland Islands off the Antarctic peninsula, in collaboration with the British Antarctic Survey to study chinstrap penguins as part of my DPhil in Zoology. As we had no internet except a shared text-only email account, and few sources of entertainment, I designed a board game to give us something to do.

I started by sketching the tents we were staying in, then decided to create a penguin and a seal character, making the game about their interactions. As weather essentially dictated our lives, I created 6 weather conditions, that changed whenever a character landed on one of the frequent weather squares. I also included event cards based on some of the experiences and challenges faced on the trip. Each character had a different objective, and the one who achieved it first won. The penguins needed to feed their chick, the seal needed to eat penguins and bite the researcher, and the researcher wanted to get tracker data back from the animals and make a trip to the rather isolated toilet.

Version 1 and 2 of the game were very much paper and pen versions with many of the characters represented by rations (including a mini Tobasco bottle) and bottle caps. At the Meet the Experts event on Saturday I debuted Version 3 complete with upgraded components (including penguin meeples!) and updated rules. I hope those who came to play on Saturday enjoyed the experience. 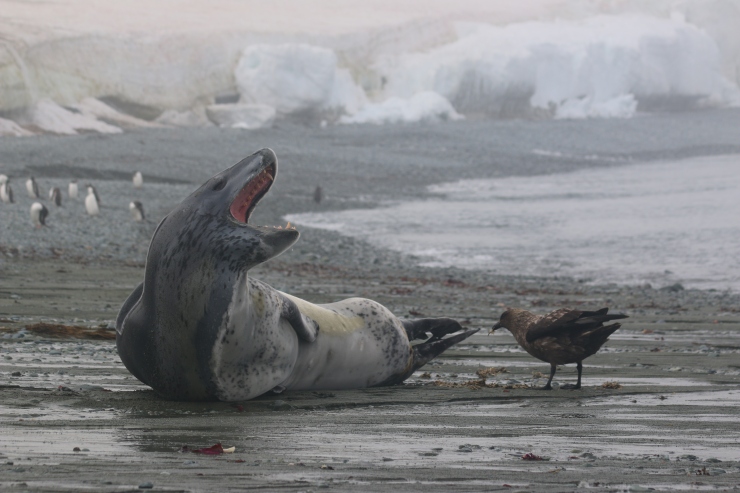 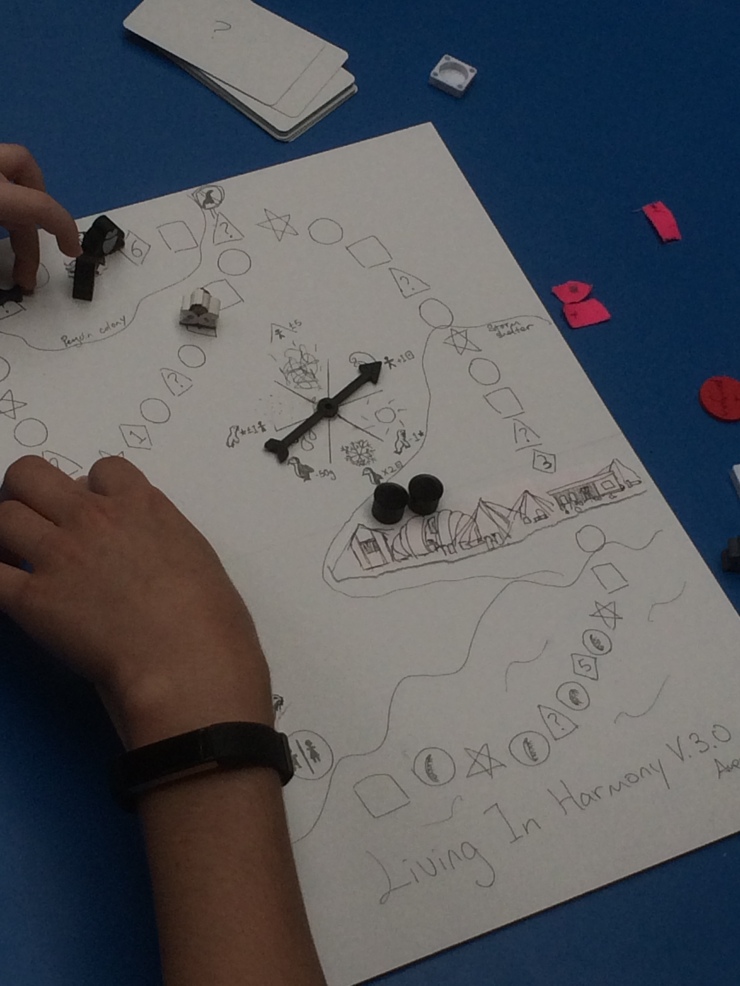